As I type this post up about Lord of the Rings, I’m editing a podcast episode with Steve about Star Wars. It’s a fandom day, and I love it.

So over the weekend my amazing wife and I watched the extended editions of the Lord of the Rings trilogy (which looks beautiful on blu-ray), and a couple things came to mind. The first is that those films are amazing, I forgot how much I enjoyed them. The second thing was; Christopher Tolkien has recently stepped down from heading up the Tolkien estate and for better or worse that has opened up Lord of the Rings to further adaptations – like the upcoming Amazon Prime series. I’m not going to be all doom and gloom about it, it could end up being great – I’m excited to get more of this universe. So as I was watching the wonderful films, I got to thinking about what I’d love to see out of this show, so here we go:

10) Cameos – as long as they make sense/works for the story. This is the most likely to happen, and on paper it’s the easiest thing to make happen. However, as we saw in the Hobbit (get ready for a lot of flack to be given to those films), cameos can work if they’re brief and add to the story – not if they’re flushed out and given supporting roles (where your character now has to benjamin-button to get to what he looked and sounded like in the originals). Like Elrond showing up? Heck yeah! Smaug? All for (seriously, Smaug was the best thing about the Hobbit movies (tied with Martin Freemans Bilbo)), as long as it makes sense to the story and isn’t just there for the sake of it.

09) Have it be less like The Hobbit, and more like LOTR; I mean this mostly from a production standpoint. Shoot this thing outdoors as much as you can, tone down the green screen, add cgi when needed, and take time with this thing – don’t rush the production.

08) Character development – this could’ve been in number 9, but it needs its own point. Again, don’t be like the Hobbit whereby the end of the first movie I’m wanting them kill some dwarves off so they can develop others. Seriously, how after 3 movies and 9hrs of being with these characters do we still know as little as we do about them? Fellowship of the Ring had a comparable amount of characters, and within that film alone we had a good idea of who they were, what motivated them, how the story was impacting them, if the Ring would corrupt them – they were deep, they had stories – and this was in a movie with shorter run time – and they kept getting developed over the next two films. That didn’t happen so much in The Hobbit. Don’t do that in this show, go the Fellowship route of developing your characters – we will become much more invested.

07) Don’t go Game of Thrones – the main reason I say this is the attitude of a number of people saying Amazon wants its own GOT, which very well could be true – and fair enough if it is. However, if it is, it should be like GOT only in the sense that it is an ‘event series’ and not in content. There hasn’t been any nudity or sexuality in the franchise and it would be really out of place to add it (like a line about something hidden in trousers…) now. Outside of the Shadow of Mordor/War games, the violence hasn’t been excessive (or tame for that matter), and I wouldn’t want that to change either – the franchise has good tone on these fronts.

06) Be willing to take artistic liberty (within reason) – to be frank, the medium demands it. Heck, the first 3 films are different from the books in numerous ways – and it worked. But do it within reason – a character being adapted should always reflect the source material. Also, with certain characters and battles within the Tolkien Legendarium, we know very little about (like how Eärendil killed Ancaloth, the gangster mountain-sized dragon), leading us to… 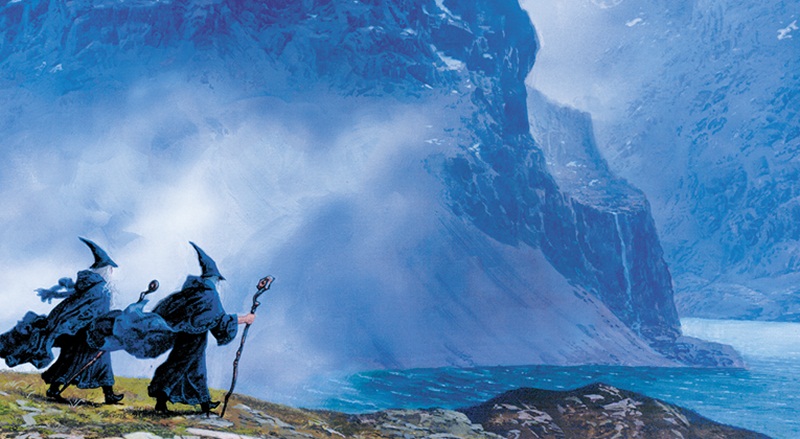 05) The Blue Wizards – of the 5 Istari sent to middle earth, we know so little about these two. We don’t know if they succeeded in their quest, or if they failed…and how they failed if they did. I’d love to see these two show up, and even though it wouldn’t be the same as if Tolkien told us – it would be cool to get something about what happened to them.

04) Redeem Radagast – look, I didn’t hate Radagast in The Hobbit; the Wizards interest me a lot, so I was game for him being there. But too much of his stuff was just…silly (looking at you, bird poop in hair). I’d like to see the character done better.

03) Have a season in the 3rd age – this is the age from the Legendarium we’re almost always in, but it’s a great one. You could do a season across the age, show the Wizards arriving, middle earth recovering and splintering more, and ending it around the time/concurrently with the Hobbit’s timeline.

02) Have a season set in the 2nd age – a time of rebuilding, but Sauron growing into the bad guy we are most familiar with. It could all lead up to that battle from the beginning of Fellowship.

01) A season set in the 1st age – more than anything else, I’d love this. You get the creation of middle earth, Sauron before he becomes whom we know, and debatably *the* big bad of the Legendarium…Morgoth, who was a seriously bad dude. The show could cover his attempts to take over middle earth, his sedduction of Sauron, and his eventual defeat (where the season would end). A season sets here would be excellent. Other awesome things that could be here? Balrog’s, and Ancaloth the awesome.

So there you have it, the 10 things I most wish for this series. What would you want from Amazon’s Lord of the Rings show? Where do you want it to go? Let me know in the comments!

Also want to shout out Men of the West, who have a great Lord of The Rings youtube channel going into the history of characters, beings, and places from the Legendarium. You can check them out in the video below:

Thanks for reading, and please share if you can. God bless my friends!