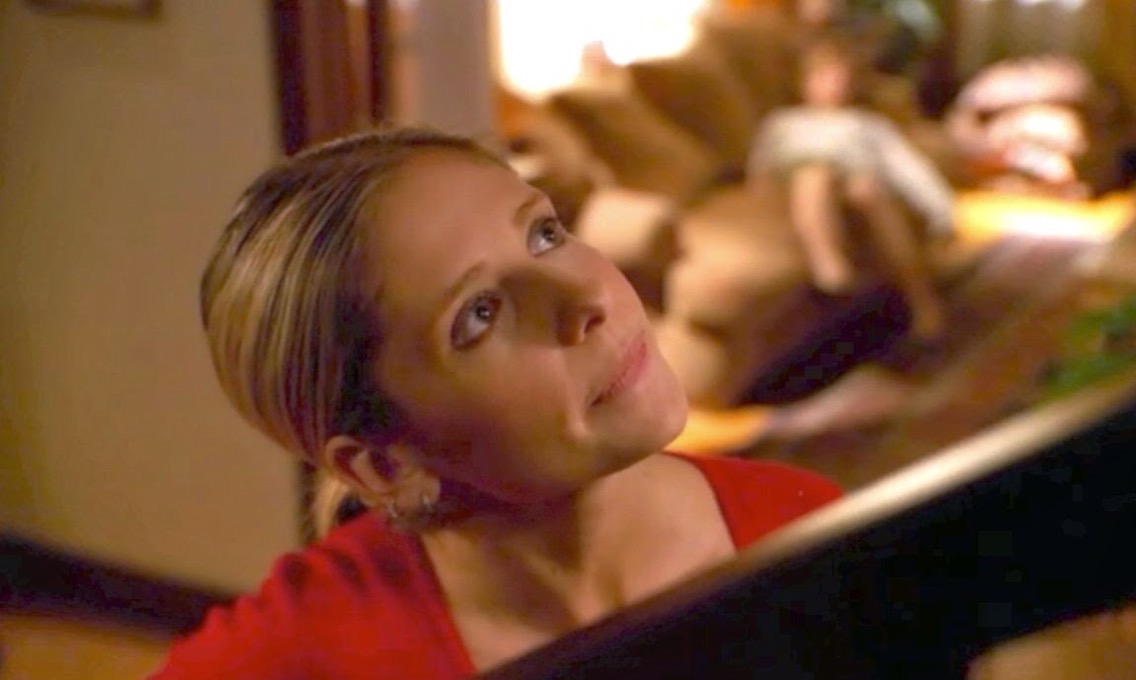 Get the box of tissues ready when you watch this episode – which you should do sometime.

There’s not much that can be said about this episode that hasn’t been already said – it is simply excellent yet heartbreaking television.

Buffy The Vampire Slayer is a fantasy show (with a scifi heavy forth season) dealing with demons, vampires, werewolves (occasionally robots) and the like – and death happens nearly every episode – mostly to the bad guys. Occasionaly a good character is killed, but in that TV kind of way (a chase scene with a monster, tense music, villian doing it to send a message/to mess with the hero). That is not this episode. And to be quite honest I can’t think of another episode of television that does what this one does.

This episode deals with the sudden and unexpected death of a loved one, and there was nothing fantasy or evil about it.

So if you haven’t watched Buffy before, here’s some things that you should know: music plays a HUGE part of this show, it is constantly there – as does the witty banter/dialogue and humor (good ol Joss Wheadon). This episode deliberately leaves out the music, and when there is humor it’s almost in that brief comforting way.

What this episode does so beautifully and heartwrenchingly is capture that sudden pain and loss. It doesn’t over act or dramatise it. It captures those moments where you’re moving in a haze. Where you become oddly obessive about certain things (Willow, in a great scene). Where you’re angry, confused, and don’t know what to do. Where the loved one becomes the body and the mess of things that comes with it.

As a Christian I (and any Christians reading) can take comfort knowing that my(/our) loved ones are home with the Lord. But the reality is at that time we are also hurt, confused, and lost – that person who was such a part of our lives is now gone. That hurts. And this episode captures that beautifully.

So if you have about 45mins free, you should pop this one on. It’s not only one of the best episodes of television I’ve ever seen; it may have also been Joss Wheadon’s finest hour.

Ranking the Star Trek movies part 2 – The Next Generation