So this post is based on a list I shared awhile back on instagram – but now I’m gonna talk about why they are ranked this way.  Now upfront this isn’t a top 10 Marvel list (which I might make sometime) and features films from various franchises. It also doesn’t contain any animated movies – which deserve a list of their own, or shows of any kind (again – own list later). I’m sure there are some films people think should be on this list that aren’t – but what are you gonna do? We can talk about those later. With all that in mind, let’s get to it: 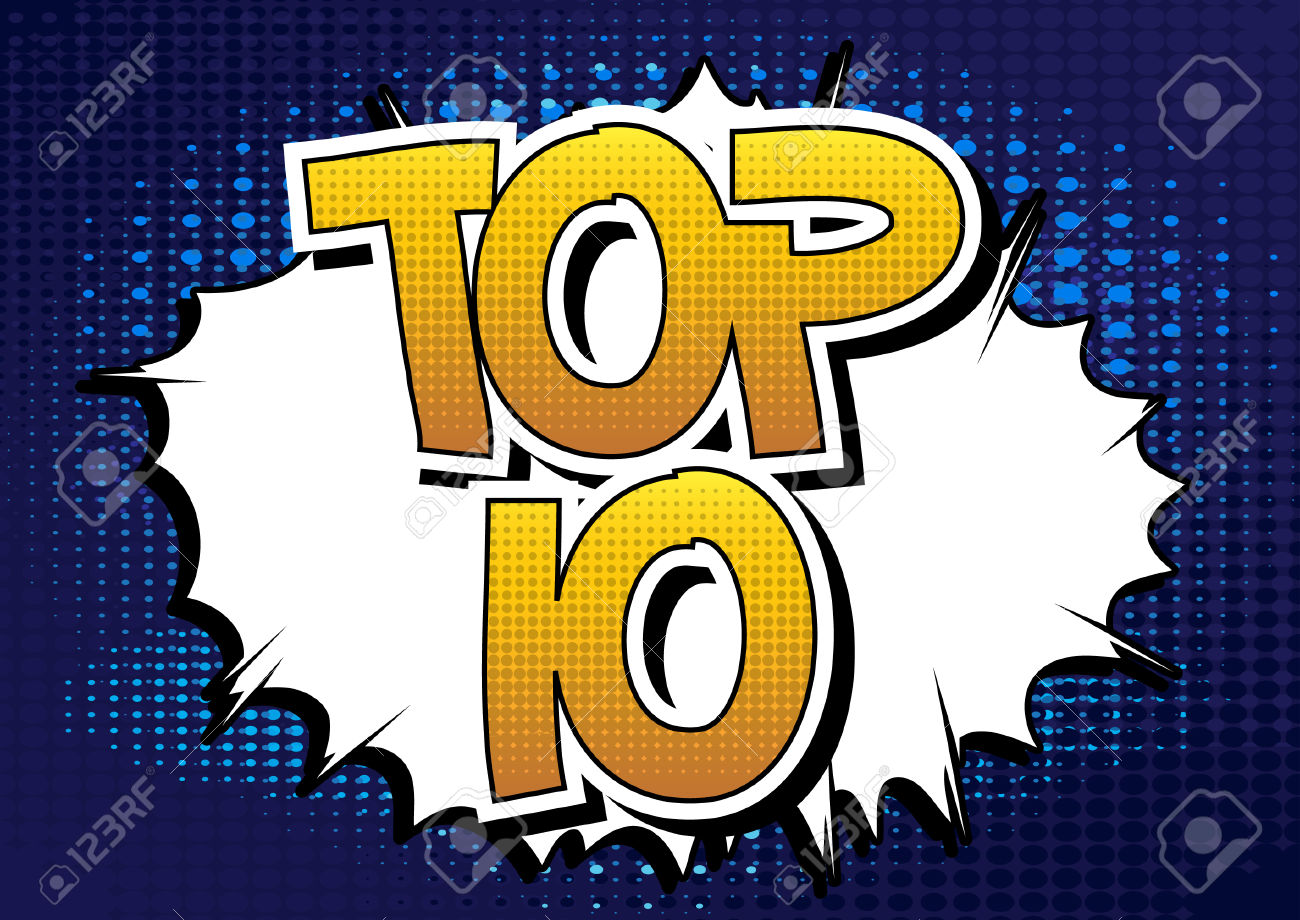 #10 Guardians of the Galaxy

Guardians was a great film. Its humor felt natural (and not forced), it looked different from other Marvel movies – and benefited greatly from being as separated from the other films in the MCU as it was. It got to set up things to come in the franchise without its own story suffering  – something that hadn’t worked out so well in other MCU films (looking at you Iron Man 2 and Age (or ‘Roughly a Week) of Ultron). The cast was great, with there being a lot of chemistry shown between them. Possibly the best thing about this movie was how it used its music – it was ingrained in the story; the songs weren’t there willy nilly, they served a purpose and fit with the tone and added to it. Other movies would (debatably) try to emulate this – but none have been as successful (looking at you, Suicide Squad (which was like a toddler with itunes on shuffle)). To me the only week spot was something most other Marvel flicks suffer from – the lack of a developed villain.

The one that started the MCU – and one of its best films, Iron Man had a lot going for it. Downey Jr’s performance, the great effects, a solid story, and the post credits scene that made everyone go WHAAAAAAAAAAAAAAAT. Iron Man is the staple origin ‘film’ for the MCU, which we see in Ant Man and Doctor Strange, and it is so for a reason. Even though the villain isn’t the most memorable, it worked – and man was he so much better than the villains in Iron Man 2 and 3 – its just a total shame that its sequels were as awful and frustrating as they were.

Up until this film came out, X2 would have been on this list. And don’t get me wrong, X2 is still a great movie – but Days of Future’s past is the X-Men movie that FINALLY got it right – balancing a team with Wolverine. Wolvie, as the cash cow, has always been front and center – but this is the movie where he was part of the team. It wasn’t a Wolverine featuring the X-Men flick (which the first films were, to be honest). It was an X-Men movie. Yes, he was a big part and a driving force of the story – but he wasn’t THE story, and he was wonderfully cast aside from its final battle. I loved that. It also had great performances from all involved, particularly Patrick Stewart, James McAvoy, and Michael Fasbender (which the more I see from him, the more I want him to be Bond). And possibly the best part? That wonderful epilogue scene which erased X-Men 3 and Origins Wolverine entirely. So good.

The Avengers was a fantastic film. It paid off on all the build up from before it, we finally got to see the team assemble, and it was a very engrossing film. I can’t say much about it without repeating myself, there’s just so much good here. The only real issue I have with the movie is some of its cinematography choices; a shot going upside down for no reason, some weird shaky cam tracking shots, and some weirdly timed and placed close ups – which briefly took me out of the film. But when the only issue with a movie is cinematography? You know it’s pretty solid.

The Dark Knight may possibly be the best film on this list, and is the best live action movie featuring Batman. So why is it so low? I love this movie, and there is SO MUCH to love about this movie. But what keeps me from ranking it higher is that this is film in Nolan’s Bat-movies where Batman stops being Batman from the comics, and becomes ‘Chris Nolan’s Batman’. Nolan’s Batman looks at Harvey Dent and thinks ‘hey, this dude could be me, I can hang up the cowl and give it to him’; and that is not Batman. Batman would not just willy nilly hand over the mantle – only doing so when His back was broken and when he was ‘killed’. Outside of that, this is a fantastic film top to bottom…batvoice aside.

I had really really high hopes for Civil War, and it almost delivered. It essentially became Avengers 2.5 (and was better than Avengers 2), and in that sense it was excellent. It brought in Black Panther and Spiderman so well, had that awesome airport battle, integrated The Incredible Hulk more into the MCU (which outside of Hulk himself, has barely been referenced), had Stark show growth and show different shades to his character, and had that wonderful Bucky/Cap vs Iron Man handicap match at the end. My main gripe though is that it wasn’t as much of a Captain America movie as it should have been. I just wanted more Cap and more of the tone we got from Winter Soldier.

#4 Scott Pilgrim vs The World

If you haven’t watched this movie, stop reading this, and watch it now. It may be one of the most original films to come out in some time. Mostly based on the first book in the series, Scott Pilgrim does a (mostly) great job faithfully (again, mostly) the book to the screen – heck, there’s some shots that recreate the panels from the book entirely. The cast was outstanding (it has Superman, the Punisher, and Captain America) – with Keiran Culkin as Wallace Wells almost stealing the show several times. But the best part of this movie? Chris Evans as Lucas Lee. He brings so much fun to his character, it’s wonderful.

Aside from one awkward scene, this movie is fantastic. I have no complaints.

The first live action Ninja Turtles movie was definitely a product of its time and limited budget, but man oh man is it an enjoyable movie. More so based on the original comics (parody’s of the gritty 80s comics) than the show (which it still embraced elements of), the movie was somewhat violent (though tame compared to other movies on the list), but it fit with the premise of the turtles being ninja’s. Shredder was a great villain, Casey Jones was such a great addition to the movie (and added a lot of humor), and when it’s funny it’s hilarious. The only issue with the movie is one that hits all TMNT movies; pretty much only Raphael and Leo get developed, but I still love it as it is.

In my honest opinion, this is the best movie of the MCU, no question. It improved on its predecessor in every possible way. It suddenly made Cap the best Avenger, flipped the MCU on its head in ways that hadn’t happened yet, had some fantastic action set pieces (the car chase at the start, Winter Soldier vs Cap on/around the bridge), and had such a different tone compared to other MCU films that it really stands out. It was dang near perfect from top to bottom. I have no issues with this movie, it was fantastic.

Batman is my favourite superhero, and this is best live action representation of Batman that has been put to film. I’ll admit some bias, but to me this movie is perfect (flawed, but perfect). It has SO MANY great Bat-moments (looking at you, jumping through the bats and gliding over the narrows scenes), Christian Bale and his batvoice are at its best, the tag-teamed score from James Newton Howard and Hans Zimmer is fantastic, and has some many Arkham esque moments. It’s tense, well paced, funny, dark, and oh so quotable. This movie not only revived Batman (and DC to an extent) movies, it shifted how comic book movies were made. And best of all (at least to me)? It was comic book Batman on the big screen. It felt like the character I had been reading (and watching) for so many years was finally on the big screen –  and not just in suit only. This is something that has yet to be recaptured. Hopefully, later Bat-films will learn from this one.

Hope you enjoyed, thanks for reading, and if you have some disagreements I’d love to talk about it – cause discussing this is fun for me, as long as it’s civil (…war).

Let’s Talk About – Grave of the Fireflies

Let’s Talk About – The MCU with Steve