Other comic based Netflix series I wish could happen.

I’m *loving* most of the super hero shows on Netflix. In fact, in some aspects I prefer them over the movies to be honest. One of the biggest flaws (with few exceptions) of the MCU films is the lack of time to develop the villains – a problem you don’t get so much with the Netflix shows. Cottonmouth (though I haven’t finished Luke Cage), the Hand, Kingpin, and Killgrave (especially Kingpin and Killgrave) have been excellent and more compelling and interesting than their big screen contemporaries in villainy. The other big benefit of Netflix is that it can handle some (they don’t all need to be though, please) of the darker and heavier subjects and story’s that the movies don’t/have yet to tackle. Think of how good several episode adaptation of Iron Man’s ‘Demon in a bottle’ (battle with alcoholism) could be? It would potentially be fantastic!

The other things to keep in mind with this list is that it isn’t just marvel stuff – there is DC, IDW, and other non superhero properties involved. And it disregards current legal rights issues (I know Fox owns X-Men and Fantastic Four’s character pools and that Sony is making their own dumb unconnected Spiderverse), so some of these shows can’t happen. It also disregards budgets and that kinda thing…because it’s a wish list. It pretends everything would ideally work (like wish lists do).

So with that in mind, let’s get to it. 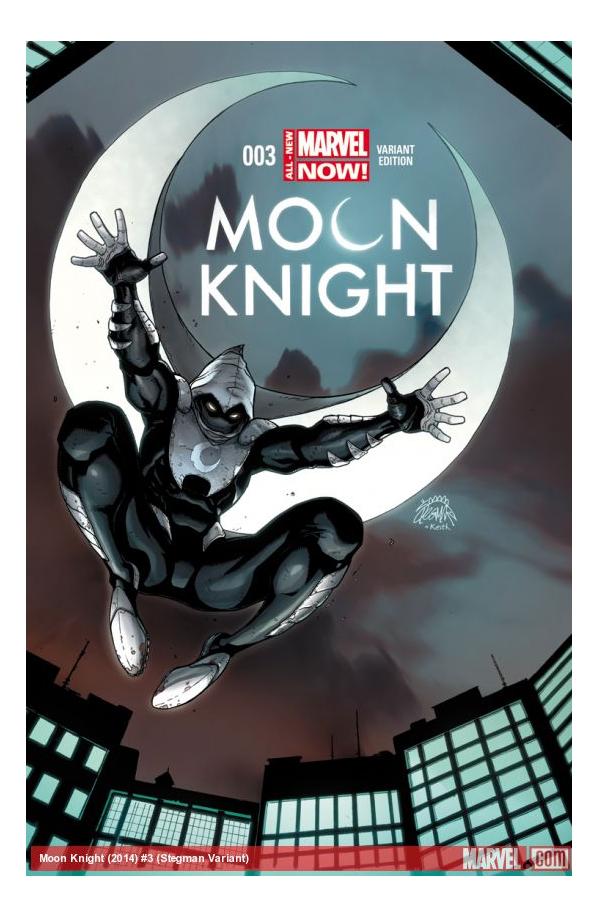 A Moon Knight series could be EXCELLENT. I’d primarily base the first season on the first All New All Different run, follow it up with the second season being mostly based on Jeff Lemeirs recent run on the character – which are two great and consistent take on the character.  The a fun thing that could be done is do flash back episodes or sequences, you could do them in the style of the run it’s based on (Moon Knight saying he doesn’t kill anymore – flash back to the gritty run from the mid 2000’s where he freely killed (in messed up ways, showing how messed up he was at the time). His origin or when he had Moon based powers? Revisit those comics). He also (mostly) operates out of New York, so you could easily write in cross overs with other MCU NYC based characters. Moon Knight is a great, and crazy character – he has a number of similarities to Batman, but he’s not just Marvels Batman. He’s a crazy interesting character. A show could be great. 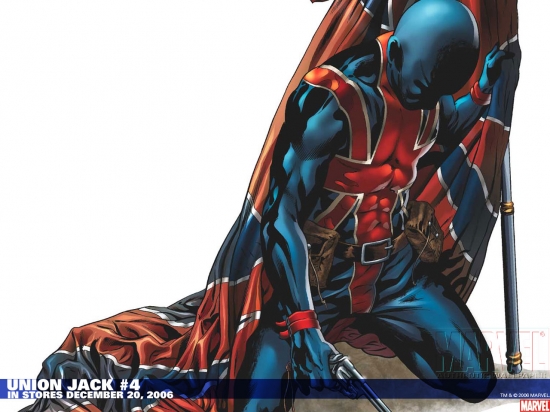 Union Jack is probably the least known character on this list. While there have been 3 men to hold the mantle, the series would focus on the 3rd and current Union Jack, Joey Chapman. What would be really cool with this character is just how low-key he is; he has no powers to speak of, just a dude who has trained A LOT and has a revolver with silver bullets…cause he mainly fights (you guessed it) VAMPIRES! You could do a whole 4-6 mini series based on that, with a second one focused on the excellent London Falling ark. Whats great about this character is who he represents; the people (in this case, of England), the working class. He’s not rich, and often doesn’t have the financial backing of say a S.H.I.E.L.D. or Agency H. Just a guy fighting for and to protect the people. That could be a very enjoyable watch, especially if shot in and around London. 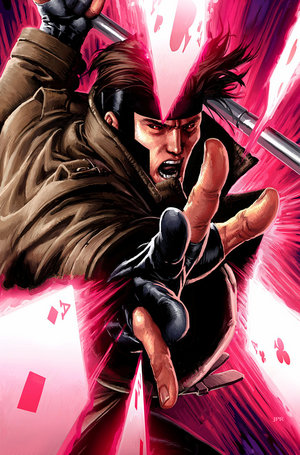 While the Gambit film takes its time getting off the ground, a miniseries based off his early appearances (revealing some aspects of his origin but keeping others of it a mystery) could be a great introduction to the character before tossing him on the big screen (properly this time) could be great. Heck, a second season based off of his decent and recent Marvel Now could be a very entertaining superhero heist (due to his thief related past).

Scott Pilgrim:
This isn’t a slam against the movie, because if I could carry over everyone from film I would. No, the only reason I want a Netflix one is to have more time in that fun world from the comic. It’d only be a 6 episode run (one episode per book), each ep being an hour. Seeing more stuff adapted, if treated the way it was in the movie, could only be a good thing. 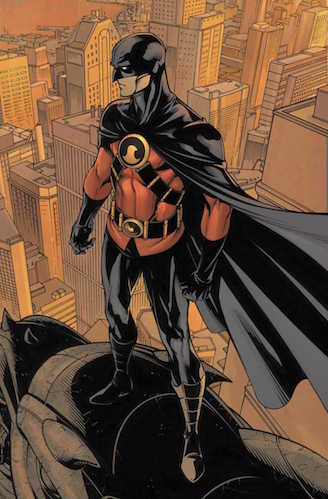 The only DC outing on this list (because while their live action movies outside of Wonder Woman range from alright to boiling point of brain frustrating, their animated films for the most part have been top shelf (very good – excellent)), I would love to see the pre-new 52 run from Chris Yost adapted. Tim Drake front and center as the only one who believes Bruce is alive, interacting with Dick Grayson as Batman and having many issues with Damian Wayne as Robin would make for a great watch, as would seeing him as the most Batman like of the Bat-Fam (with his own Tower of Babel kind of story arc/list) operating on the streets and around the world. Since DC’s shows operate on a ‘multiverse’ idea anyway, that’s an easy way to set this one up (as say Earth 416) without needing to do all the set up from final crisis. Tim Drake needs more love man, and the run it would be based on was excellent. 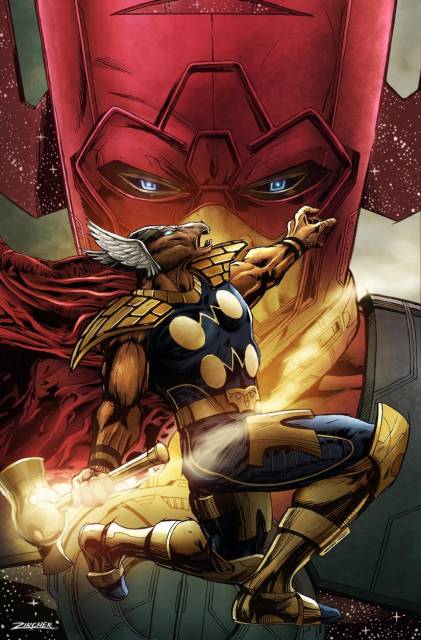 While I’m still holding out hope for Beta Ray Bill to show up in an MCU movie (cause he’s SO AWESOME and was the first person who wasn’t Thor to lift Mjolnir), a Netflix series would be just as great. First episode could establish him, second episode you could do his origin (and bring in Thor), do a couple stand alone’s (have interact with the Nova Core, other characters from Asgard (the warriors 3 and his later lady Sif), and lead up to his 4 or so episode arc (based on his God Hunter mini series) where he goes toe to toe with none other than GALACTUS (cause Beta Ray Bill is just that gangster). I would LOVE to see this series happen. Please and thank you.Hawkeye & Blackwidow:

Since it seems unlikely that either of these two are going to get a solo or even a team up film, a team up/solo netflix miniseries could be great. The characters chemistry and friendship is a very enjoyable aspect of the MCU, and you could flashback to their time in Budapest or focus on them doing double agenty things (admittedly more Widow then Hawkeye). The advantage would also be much more development time than either have gotten in the films.

Canada’s Avengers who will most likely never get a movie, a series focused on them and shot in Canada (where many US shows are filmed) could be a fun watch, especially when you weave in and out other X-Men like Wolverine, X-23, have them looking for a rampaging Hulk, or even Deadpool. Not a top priority, but would be great to get a Canadian team on the map and also very different from almost any other team on this list.2099 World of Tomorrow:
An animated series (done in similar tones of the DC Animated movies) based on the 2099 Marvel line from the early/mid 90s could be A LOT of fun. I’d go with animated because of how different it would need to look – and animation could go a long way to making it distinct and fun. You could do episodes specifically focusing on the X-Men 2099, Spiderman 2099, essentially everyone (except Ravage…maybe), and then do the cross over The Fall of the Hammer and cross over mostly Doom focused event (weave Doom 2099 in and out of most episodes, cause DOOM 2099 is GANGSTER). Heck, to reflect the comics further you could do a second series called 2099 World of Tomorrow A.D. (After Doom, Doom takes over the US) and lead to the finale Manifest Destiny. Would be a blast to watch.

Timeline in the MCU wise, right now would be the time for the Secret Avengers to happen – as those who didn’t go with the accords (or the superhero registration act in its comic counterpart) in Civil War are wanted criminals who will still want to save the world. Truth is though, this series can take place at anytime as the team primarily works on the ‘off the books’ missions the Avengers normally wouldn’t take on. Looking with more mature (not a slam) take on the bigger MCU teams? This is the team to do it with. You could also rotate the team to include lesser known and other characters. Plus, I’d just love to see this little exchange from Moonknight and Cap on the screen…
Star Trek: The Q Gambit
An miniseries adaptation of this run from IDW’s current Star Trek comic could be a blast for Trekies old and new. I’d probably do it animated for reasons (namely the big finale) and get as many of the actors from the shows and movies as possible. Briefly taking place in the main Trek timeline (with a cameo of sorts from Jean Luc Picard – needing to be voiced by Patrick Stewart cause he is perfect to spar with John de Lancie’s Q) we’d see Q hop over into the Kelvin timeline and start to have ‘fun’ with Kirk and the gang and from there we’d see other fan favorites revisited – but with a Kelvin spin. This would be SUCH a fun watch.Marvel’s Civil War:

This isn’t a slam on Captain America: Civil War. It’s just that the original comic’s story was SO MUCH BIGGER (in terms of characters, impact, and essentially everything) than the film could have been. With the other Netflix shows, you’d have a chance to do it closer to the comic. Or even do it as an animated eight episode series. Any way to do it as the comic version.

This much smaller, non super hero comic series was excellent. A live action mini series would not be hard to do, and could be a great thing if done right. I’d love to see it. 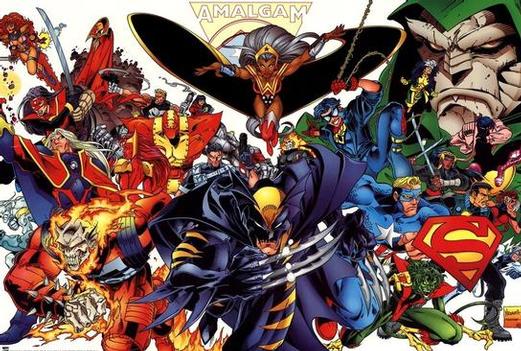 A animated series based on the crossover universe from Marvel and DC from the mid 90s would be absurdist entertainment at it’s absolute finest – AND on the flip side, could get some good will/tone down the fighting between the Marvel and DC fanboys and girls. Darkclaw (Batman and Wolverine? Amazon (Storm and Wonderwoman)? Super Soldier (Captain America and Superman)?  MOONWING (Dick Grayson/Nightwing AND Moon Knight)?! SIGN ME UP!

Even more series I’d love (but can’t go in depth at the moment):

Thanks for taking the time and reading my friends.   May God bless you all today.

Let’s Talk About – The Last Jedi