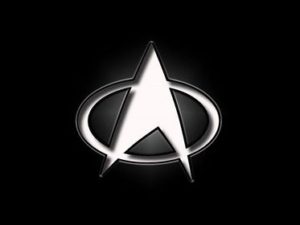 Over the last month or so I’ve been ranking the films of the Star Trek film franchise from worst to best in each of its three areas; The Kelvin Timeline, The Next Generation, and The Original Series. Each has some good and some bad (and some awful) films, but where do they all stand in comparison to each other? Today, we’re gonna find out. Now I don’t expect everyone to agree with me (in fact, I know some Trekkies’ll hate my list). I also want to say that with most of the rankings, it’s based on what I enjoyed it more – I’m not necessarily saying it’s a better film than another one. One may be better made, but it just doesn’t connect with me as much. Finally, if you want to know what I think of each film/why it might be in the place it is, you can check out the(1) previous(2) posts(3) in this series. With all that said, let’s get to it shall we?

Alright, that last one is a kind of a cheat – but I legit love them both equally. They are not only the high marks of their respective era’s; they’re the best of the franchise. Heck, outside of the Kelvin films (which were made for a wider audience), First Contact and Khan are the ones you can recommend to non-Trekkies.

How would you rank the Trek movies? Drop us a line and let us know what you think!

Hope you have a wonderful day, and God bless my friends!

Spiderman: Homecoming (and my Spider-film rankings)

A Conversation With Five Friends pt 1